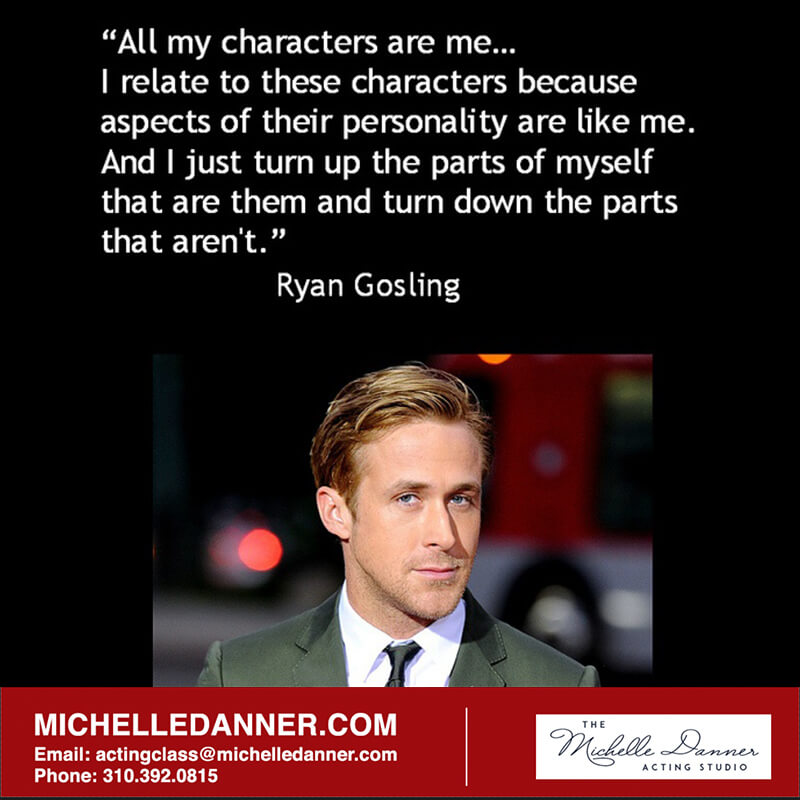 “All my characters are me… I relate to these characters because aspects of their personality are like me. And I just turn up the parts of myself that are them and turn down the parts that aren’t.” – Ryan Goslings