Every time you put yourself out there know that it may be a NO for now, but your big YES could be just around the corner

If you’ve chosen the path of acting that’s because you either feel you’re good at it or you’ve been told you’re good at it and you know deep in your heart you love it. You have to remind yourself that acting is your passion and quitting it would kill you. I was working with a student in class that was struggling with a demanding scene. He wanted to quit. So, I said to him, “What’s your plan B? What else are you good at?” “I would make a lot of money selling high-end cars,” he said. “OK, then embrace that profession because that will be what you’ll be doing.” He winced in pain, and in that moment he realized that he had to fight for plan A, because the possibility of plan B was too gut-wrenching to even think about. Acting was his dream, his only dream. The dream he needed to fight for. Today that actor stars on a major TV show. – Michelle Danner

Joining our Michelle Danner Acting School, one of the best acting colleges in California and taking acting classes and acting workshops in Los Angeles will help you go deeper into your work as an artist and keep you  emotionally limber in between acting auditions Los Angeles. 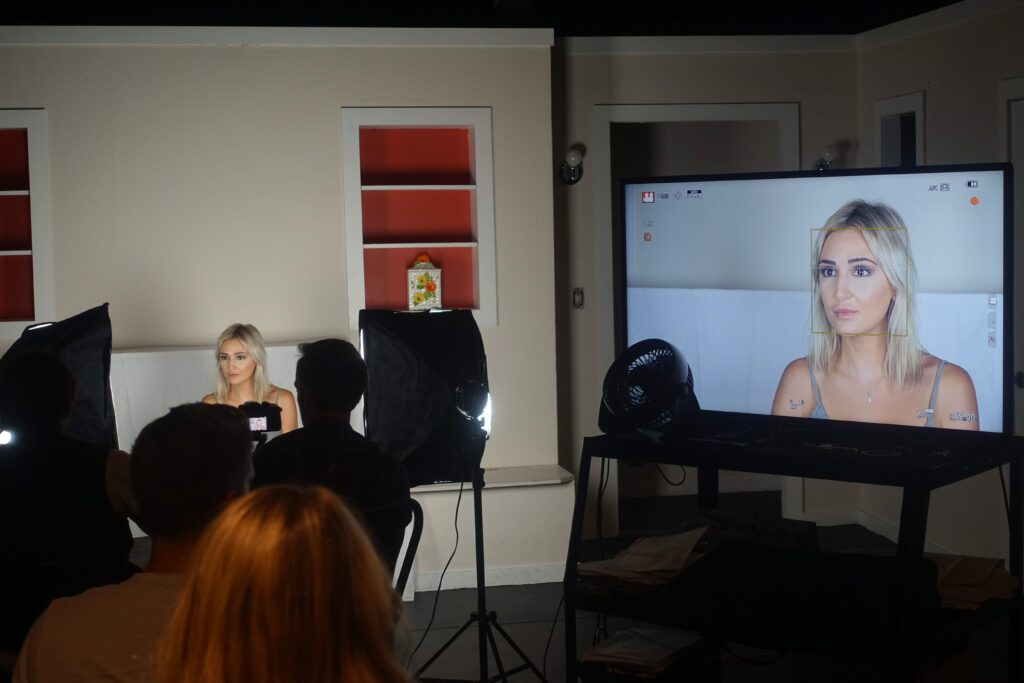 The Michelle Danner Acting School, one of the best acting colleges in California recognizes that every actor is unique.
As a student of the Michelle Danner Acting School you will develop a comprehensive set of “acting tools, your very own “Golden Box” that you can use at any time when approaching a role or a scene, whether it be for film, television, or theater. The Acting School’s acting techniques are based on the Meisner Technique, Lee Strasberg’s Method, Stella Adler, Stanislavski’s System, and the Chekhov technique.
Our acting school in Los Angeles provides a creative and pro-active environment that fosters you to be ready to work in the film, television and theater industry.
**We encourage you to take risks and work on challenging and daring material that will stretch you and push you beyond your limits.
**As an actor of the Michelle Danner Acting Studio you will learn how to market yourself as an actors and learn about the business of acting.
**You will develop intellectual, analytical, and critical abilities, learning how to read comedic and dramatic plays, television and film scripts, how to analyze their content, and how to determine the best way to approach a role.
x
CALL US AT 310.392.0815 AND EMAIL US AT actingclass@michelledanner.com
x
www.michelledanner.com
Category: Acting AuditionBy AdminNovember 6, 2018
Tags: acting auditions los angelesacting school los angelesbest acting colleges in Californialos angeles acting school

CREATE YOUR REEL
November 17, 2021
Meisner technique level 1|Beginner acting classes.
February 12, 2021
What an actor should look for when auditing an acting class
July 3, 2020