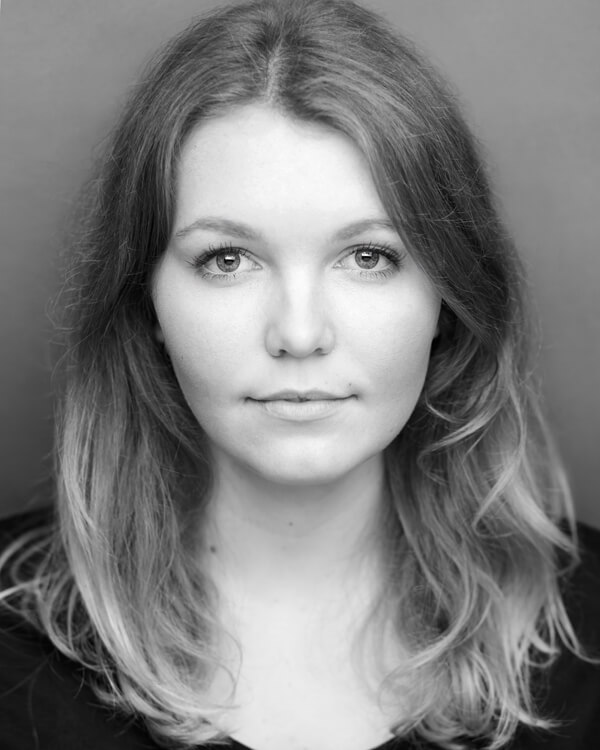 After a fantastic start in London, Lamble moved to Los Angeles and has been landing role after role in short films, television series, network pilots and web-series. But no one was surprised when she landed a title role in the feature film ‘The Bandit Hound‘.

Then the news was released this week, via Ms. Lamble’s personal twitter account, that she will be in the sequel ‘Bandit Hound II’ directed by Michelle Danner. Michelle has worked with a range of A-listers from James Franco, Zooey Deschanel, Gerard Butler to Penelope Cruz. Read about her story below as she shares it with the Edgemar Center!

PLEASE BEGIN WITH A BRIEF INTRODUCTION OF YOURSELF

My name is Serena Lamble and I am a 19 year old British actress. In September, I moved  from London to Los Angeles to continue my career.

WHAT FIRST DREW YOU TO ACTING?

I’ve always loved performing. When I was five, I would  perform self-written plays for my family. But it was when I started watching  performances from great actresses such as Kate Winslet and Judi Dench (as well as a healthy dose of the Harry Potter films) that I decided I wanted to be just like them. I performed in my first play at the age of eight and never looked back.

When I was eleven, I started taking my acting exams at the London Academy of Music and  Dramatic Arts. It was my first time learning monologues and starting to dabble in Shakespeare, I loved every minute of  it and was later (at 18) awarded a gold medal with distinction.  When I was thirteen, I decided to take my love for acting more seriously  and that’s when I successfully auditioned for the prestigious Sylvia Young Theatre School in London where I received well-rounded training in singing, dancing and acting. I also signed on with an agent and over the years have gained professional experience and credits working for BBC TV, radio, films and commercials. At the age of eighteen, I was offered a one-year acting course at the Royal Central School of Speech and Drama, which really honed my skills in theatre, Shakespeare, TV and film. As of late, I’ve been continuing to work professionally and training with Michelle Danner.

WHICH ACTORS DO YOU DRAW INSPIRATION FROM?

As I mentioned before, I really admire Kate Winslet. I’ve watched  her since I was young and I’ve always been drawn to the truthfulness of her work.  I also draw great inspiration from Saoirse Ronan and Jennifer Lawrence.

WHICH OF YOUR ROLES HAVE GIVEN YOU THE MOST SATISFACTION? WHY?

I always find this a hard one, but I would say to date my most satisfying  role was playing Claudio in an adaptation of ‘Much Ado About Nothing’ by William Shakespeare at the Embassy Theatre in London. I had to truly  immerse myself in that role, not only to portray a male but to embody the intensity of emotions explored in Shakespeare’s work.

DO YOU HAVE ANY FUTURE PROJECTS PLANNED?

As well as ‘Bandit Hound II’, I was recently cast in a role for the TV mini-series ‘LUTHER’ which I’m very excited about. We are set to film in the next few months.

WHAT ARE YOU GOALS FOR THE FUTURE?

I want to continue to work here in Los Angeles, explore the industry and  make a name for myself. I would love to push myself and take on more challenging roles. I’m also very interested in creating my own work and would like to write more. Long term, I want to inspire and help people through my craft.

DO YOU HAVE ANY ADVICE FOR ASPIRING ACTORS?

Don’t compare yourself to others! It’s so easy to be disheartened and feel  knocked back when you see someone doing great at something you  struggle with in class or booking roles you know you would be right for. In reality, things happen for each person at different times in their lives.  Those who hit their peak at a young age are few and far between – but  hard work will never let you down and if acting is truly what you love to do,  your time will come.