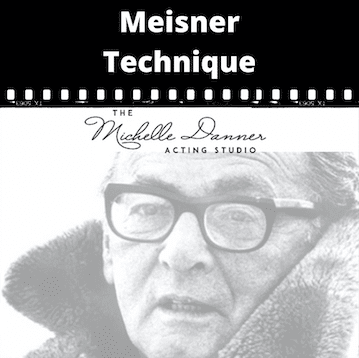 Call the acting school to sign up 310-392-0815 or email at actingclass@michelledanner.com

Without Sanford Meisner there would be no Meisner Technique. Without Meisner Technique, most acting schools and certainly acting classes would be hard-pressed to find a way of teaching a concrete way for actors to listen and spontaneously answer one another.

Everyone hears about the repetition exercise, Meisner Technique Activities, and the brilliant acting it can produce if taught by a. Acting coach who understands this acting technique at its core and has preferably studied with the legendary acting coach sanford Meisner.

Who was Sanford Meisner? Sanford Meisner, along with Lee Strasberg, Robert Lewis, Elia Kazan, and Stella Adler, was one of the founding members of perhaps the most influential movements in American acting training.   The Acting Technique is mainly taught through an acting exercise called the Repetition Exercise, where an actor makes personal, behavioral statements about the other actor, statements which are then repeated by the other actor until there is an authentic connection between the two actors based on the truth of the moment.    The Meisner Technique teaches actors to create a bond based on each other’s truth—in short, there is simply NO better technique of training actors to respond to one another – in the moment. The only problem with all this, and certainly a problem which has been universally acknowledged but rarely addressed, is that the spontaneity created by the repetition exercise is hard to bring into scene work.

Our acting school in Los Angeles  CA has a simple approach: you act in every single acting class-learn from top Hollywood acting coaches and when you are ready get out in the real world and get an acting job. Study the craft of acting in a challenging and inspiring environment.

CLICK HERE FOR ONLINE ACTING CLASSES FOR KIDS AND TEENS